As an initiative of the Odalys Foundation and the Signum Foundation, with the support of Museo Nacional y Centro de Investigación de Altamira (Ministerio de Cultura y Deporte, Spain), several site-specific projects carried out by: Ruth Gómez, Nuria Mora, Daniel Muñoz, and Sixe Paredes are presented in the Palazzo Donà. A set of micro-narratives emerging from the personal territory of each artist, a space that is now public but also unchallenged, because of its historical value. A multiple work in this space, in the form of a large assemblage of images and sounds, provided by the National Museum and Altamira Research Centre, evokes the Altamira Cave.
At the beginning of the twentieth century, art history began to consider the relationship between the painted manifestations in prehistoric caves and art, as well as their displacement towards “interferences” with the art of our time. With Hands, Signs Grow refers to the possibility of the encounter beneath the wrinkles of time.
The shelter of nature (the cave) versus the protection of the jungle of our world, in the words of Brassaï. A true and complex display of images and artistic forms, tempted to move forward in multiple directions. And thus, in Spain, Picasso or Miró, the artists of the School of Altamira, El Paso, Parpalló, or the Indalianos have looked at those mysterious first creators of prehistory. Also Tàpies and his communication on a “cosmic” wall, as well as Chillida, Miró, Oteiza, or Palazuelo gained a part of their first immemorial inspiration there, in the manner of Brâncuși.
In the Palazzo Donà, within its walls rich in history, a curatorial project conceived with a group of artists is shown, a project that reveals the invocation of the transhuman values carried by these prehistoric signs like keys to images, in the manner of a marvel of figurability: resistance, a request for well-being with the environment and nature, an encounter with the animalia (both the existing and the utopian) or fixation of the personality and the body of whom imprints the traces. In such a way that their creation can coincide with a new time, a time emerged from our very recent despair and anxiety to find art as a hopeful manifestation that entices the balance between human beings and the environment, bodies and this despised land (or did you say waste land, Thomas?).
by Alfonso de la Torre 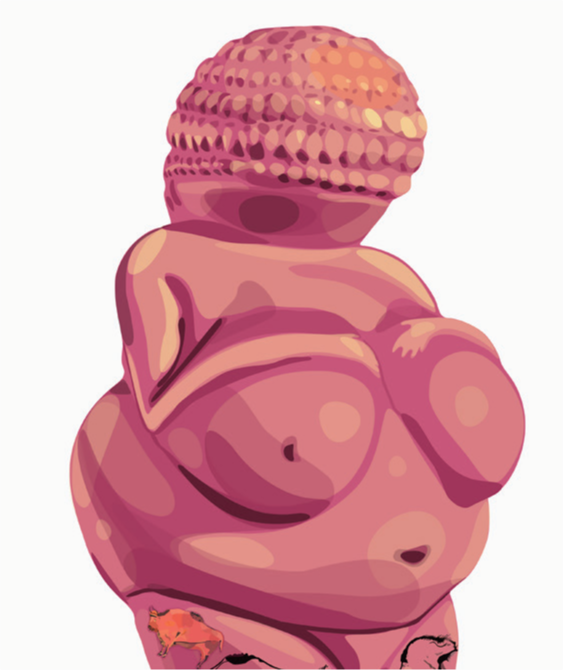 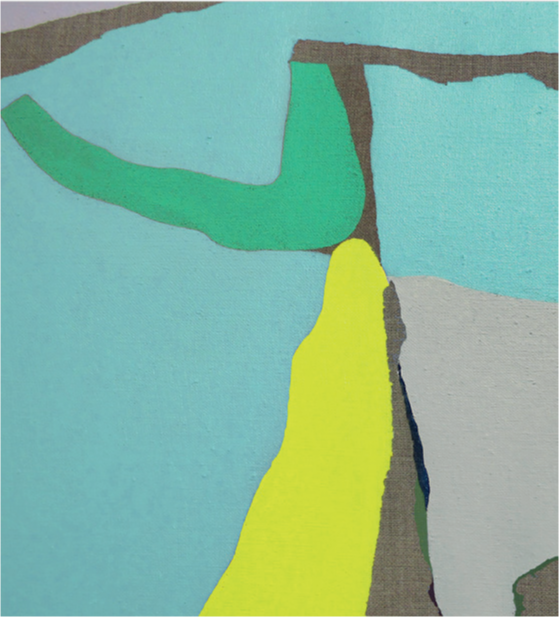 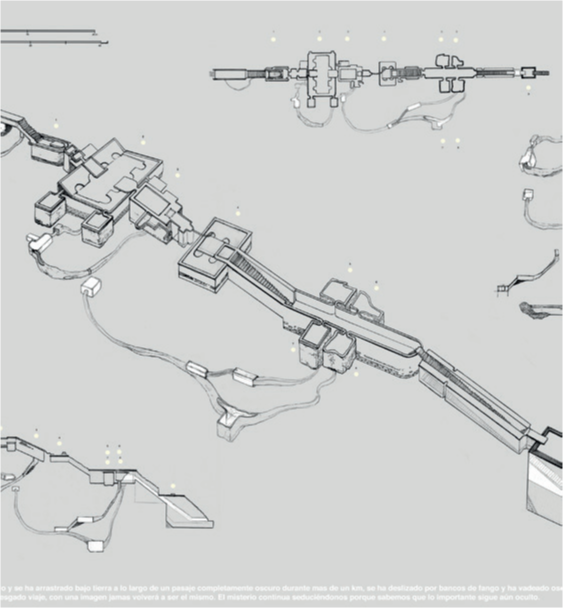 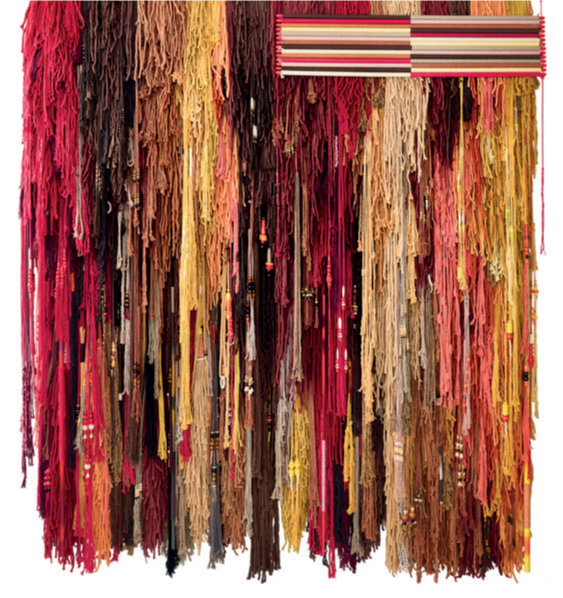 RUTH GÓMEZ
CAVES
Artist Ruth Gómez (Valladolid, 1976) (Valladolid, 1976) has developed Caves, a mural set of great dimensions that, as a study, and taking as a reference the synthesis and abstraction of Paleolithic images, goes into the most primitive and pure creative process. It aims to capture what was important for our ancestors: Mother Earth, animals, and concepts such as fertility and spirituality. It uses materials such as mineral and natural pigments, Chinese ink made with soot, resin, coal, graphite, plaster or clay, which she uses with brushes and even with her own hands on cotton papers. She combines this technique with adhesive images to create a mural of images, supported by both reality and fiction. Ruth Gómez has participated in international fairs such as Art Dubai, Art Lisboa or ARCOmadrid and her work has been shown in museums such as the CAC in Malaga; MNBA in Buenos Aires; or the MOCA in Seoul, among others.

NURIA MORA
XYZ-TRANSCENDING PHYSICAL LIMITS
Nuria Mora (Madrid, 1974) proposes in XYZ-Transcending Physical Limits a two-dimensional piece composed of different canvases, that unfold in the x, y, z axes and simulate the way in which, little by little, the cave was discovered. From an initial unfolded piece - in square
format and with linen canvases - the work opens as a polyptych in several phases, passing from the black, ochre and red colors (used in Altamira) to the artist’s own palette. This display uses color as an excuse to talk about the evolution of man, while the three-dimensional space itself emulates the importance of Altamira as a meeting place. Nuria Mora began her career with mural painting and artistic interventions in urban space. She has exhibited her work in galleries and international museums such as the Tate Modern in London or the Museum of Contemporary Art in Johannesburg.

DANIEL MUÑOZ
DRAG IMAGE
The work of Daniel Muñoz (Moraleja, Cáceres, 1980), on the other hand, is focused on mural art and his discourse has always addressed issues related to the modification of the environment by the individual. In Drag image he raises a series of questions around the image as an element of construction of the social space, where different historical substrates stand out, which evidence the importance of mural drawing as the first edifying language of humanity. It aims to show that, since the Paleolithic, the conjunction of drawing and architecture has been linked to social cohesion and the foundation of common thought. Daniel Muñoz has made numerous interventions and exhibitions in cities in Europe, America, Asia and the Middle East, including art centers such as the BACC Museum in Bangkok (Thailand), the National Art Gallery of Amman (Jordan) or galleries such as Walter Otero (Puerto Rico).

SIXE PAREDES
PALEOLITHIC FUTURISM
Last but not least, the artist Sixe Paredes (Barcelona, 1975) proposes a double work in the SiPd in which the ancient masters of the Paleolithic were invoked by the shapes of the cavities of the caves. The series of paintings tells us about refl ective, hypnotic and profound works, evoking a language that refers to the different dimensions and directions in space. On the other hand, the artist presents an important fabric assembly, built for the occasion. Sixe Paredes began his artistic career in graffi ti in the late eighties and in the nineties began to work also on painting, sculpture and installation. His work represents one of the most notable Spanish references, intervening in
2008 the facade of the Tate Modern in London.

Authors of the exhibition: